A Few Good Men was a popular 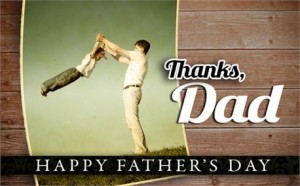 movie out a few years ago which featured Tom Cruise, Jack Nicholson, and others.  I’ve had “a few good men” in my life.  Actually, I’d say they’re great men.   Perfect?  Absolutely not.  Yet good doesn’t seem an adequate description, either.

Any of them would be the first to say that whatever goodness found in them was because of the love, grace, and mercy of Jesus Christ—and nothing else.  And that same grace has allowed me the blessing of being their daughter, granddaughter, wife, sister, mother.

Outside of my heavenly Father, the men in my family have done much in shaping me, molding me, teaching me, leading me, loving me.   As I ponder that, I’m left speechless.

My dad taught Sunday school for almost fifty years, whether it was youth or a men’s class.  He often had problems stuttering, but not when he taught God’s Word—sort of like country music legend Mel Tillis and singing!  He served as a deacon in our church, and he faithfully greeted members and visitors alike at “his” door each week.   Every Sunday afternoon was spent visiting nursing home residents and shut-ins.  In addition to teaching, my dad had the spiritual gift of showing mercy.   He was an incredible role model of faithful obedience.

Not only did I have the gift of my dad’s presence at home, but also that of my maternal grandfather’s.  We lived in the same house with my grandparents, and we all went to the same church.  My grandfather was the son of a pastor and he, too, was a deacon.  He sang in the church choir until he was 90–he gave it up only then because he couldn’t see the music as well.  We often shared meals together—lunch after church on Sundays was always at their table.  And I can still see him sitting in his favorite chair reading His Bible, cupping his ear to better hear a pastor preach on the radio or TV, or humming hymns.  We also had many deep, meaningful theological discussions while sitting on our front-porch swing.  How I treasure those still!

Much of what I know about the gospel and Scripture I learned from listening to—and watching–these two men.

My younger brother “caught what was taught,” as well.  Today, he is a faithful husband and father of three who leads his own family by example in the ways in which we were raised.

God gave me a husband who was raised similar to me, even the part of being raised with his grandparents under the same roof!  Though his dad died when my husband was only 12, he had modeled faithfulness and integrity in everything he did.  Especially after his death, my husband’s grandfather was an integral part of his rearing.  Since we married, my husband has been ordained as a deacon, taught Sunday school, and now leads our small group as well as a Bible class at the local jail.  He loves me selflessly, just as Christ loved the church, and I’m awed by God’s gift to me through him.  He’s been a loving father to our two children, too.

Our son accepted Christ at age seven and another example of God’s goodness and blessing in our family.  He’s chosen friends wisely, has never given us a moment’s trouble, is pursuing a degree using his God-given talents, and is currently serving this summer at a Christian sports camp, where he was a camper himself for ten years.

A few years ago, I found out from a relative who was doing genealogical research that our family descended from William Bradford, who served as pastor aboard the Mayflower.  I wept, overcome by the powerful reality of God’s faithfulness from generation to generation throughout my family line (Ex. 20:6; Joshua 24:15; Ps. 78:6, 79:13, 145:4; Joel 1:3; Luke 1:50).

My heart breaks for those whose dads haven’t lead their families well, perhaps haven’t lead them at all.  Like our heavenly Father, dads should not only be present, but engaged.  They should show tenderness, yet be strong and a safe, secure refuge.  They should be grace-filled and forgiving, yet quick to discipline in love.

I will utter hidden things, things from of old—but we have heard and known, what our fathers have told us.  We will not hide them from our children; we will tell the next generation the praiseworthy deeds of the Lord, His power, and the wonders He has done…so the next generation would know them, even their children yet to be born, and they in turn would tell their children.  Then they would put their trust in God and would not forget His deeds but would keep His commands.  Psalm 78:2-7