Isn’t that a beautiful image of security?…being in the protected presence of the Most High! 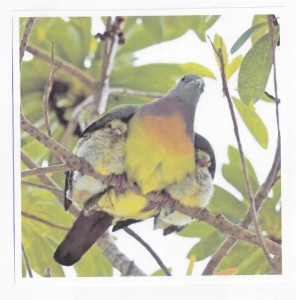 Several years ago my daughter and I were involved in the choir of a large event at Vanderbilt Stadium called “America Arise.” Several hundred participants joined in a celebration of praise and worship through a mass choir, orchestra, dance and drama.  This event took place a month after the death of our family’s oldest son…dear Daniel.  We had practiced in remote groups throughout the previous year in anticipation of this glorious non-denominational event.  At the dress rehearsal, as all members came together for the first time, the director instructed us all to keep our eyes on him throughout the course of the evening…watching for his direction…following him regarding any deviance from what we anticipated as normal.  We prayed together and at this time, the director called upon our Father in Heaven to guide all us through this demonstration of praise for His glory!

Mid-way through the evening of praise and pageantry, an unexpected, interruption in the scheduled program took place.  As we ended one of the songs and were getting ready to begin the next, a holy hush came over the massive crowd of participants and spectators.  And the proceedings that took place will forever be forged in the recesses of my heart.  The director with his baton raised…held his hand suspended in the air…as a cue for the next song.  Instead of what had been planned and written on the programs, out of the silence and suspended expectancy…came the most beautiful melody as a 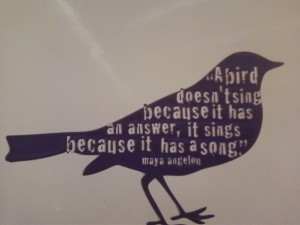 violin solo.  As the Holy Spirit guided the hand and heart of both the violinist and director, I slumped to the concrete seating and my heart melted.  I sat there sobbing as my heavenly Father provided a love song for all of us to hear… A love song which I received as my personal invitation to sit under His wings and rest in His presence.  In those brief moments,  time seemed suspended to me, as the God of the Universe visited one of his grieving maidens and demonstrated His unfailing love and care for one of His own.

The few brief moments ended, the planned program resumed and I rose to join in renewed strength and determination to praise and worship the One who has promised to never leave or forsake us.  (Hebrews 13:5-6)

How about you, have you experienced a time when God demonstrated His love in an “unplanned interruption of life?”  Maybe you’re looking for a fresh touch of His holy presence today. Talk to Him, share your heart with Him, and then allow Him to respond in a still small voice, hush of the wind, or an orchestrated word of encouragement from an unlikely source.