The word settle is an intriguing word.   Its meaning is determined by the context in which it is used.

Terah’s plan was to leave Ur and journey with his family to Canaan.  Along the way that plan changed and he stopped at Haran….and there he “settled.”  (The LORD later spoke to Terah’s son, Abram, and led him on into Canaan.) How many times do we set out to do something and along the way settle for something different–  less than—short of the plan?

Early in our marriage, my husband was transferred to another state.  We were provided a four-day weekend to find a house and purchase it.  With two young children in tow, we found a real estate agent and set out in search of the perfect house.  After all, we had prayed about it before embarking on this mission, so of course it would be perfect. 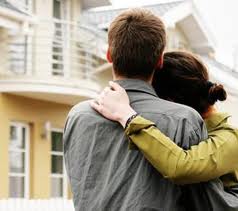 Right?  Well, somewhere along the path of house hunting…somewhere between the perfect house (but just taken off the market) and the house that didn’t quite feel  like home…we “settled” for a house.  We provided the required earnest money and headed back.   About one hour into the four hour trip, between Maryville and Prattville, we started sharing our uneasiness about the transaction.  Soon we both realized the restlessness we were experiencing was from the Holy Spirit.  Feeling pressured by lack of time, we had made the decision without inquiring of the LORD for His direction.  When we finally prayed, we understood that we were out of the LORD’s will and had to make the correction, at whatever cost it might be.

Arriving home, Sherman called the real estate agent and told him we had made a mistake and did not believe this was God’s will for us.  The agent informed us that we would of course loose our five hundred dollar deposit…to which we gladly agreed.  A small price to pay for peace of heart and mind.  Two weeks later, returning home from visiting friends, we found a note from our local realtor stating our current home had an “offer” on it.  Without our knowledge, the realtor had requested five hundred dollars more than we originally agreed upon, and the buyers  agreed!  God’s mercy demonstrated!  By the way, we ended up moving  into an apartment in TN, where we lived a year before finding the “perfect home.”    That perfect home was the same one we had originally seen…but we had to wait for it, in God’s timing, to become available again.   So sometimes “to settle” can be from lack of direction. 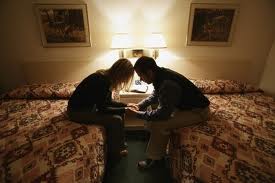 Sometimes to settle is actually part of God’s plan and timing…a time to settle down and relax as in 1 Peter 5:10 TAB  “The God of all grace…will Himself complete and make you what you ought to be, establish and ground you securely, and strengthen and settle you.” (emphasis added) So how do we know the difference?  Do we settle for something instead of being settled down to trust Him?  Psalm 31:14-15 declares a truth that we can “go to the bank on”…   “I trust in You, O LORD.  I say, You are my God.  My times are in Your hands.”   How have you been settled down by the LORD? Or…settled for less than His plan? Got a verse to share?

All for His Glory!
Nancy