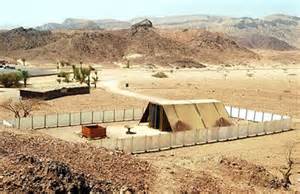 Enough work for everyone!

“All…who came to do the work of serving and carrying the Tent of Meeting were numbered 8,580.”  “At the LORD’s command through Moses, each was assigned his work and told what to carry.” (Numbers 3:25-4:49)

“Thus they were counted, as the LORD commanded Moses.” Num 4:39

There was a reason for the count…God knew what He was doing…and He already had a plan which delegated each one to a specific work of serving and carrying.

God was very specific in delegating responsibilities, and was teaching the Israelites how to do this.  Not insignificant in the tabernacle tasks, were those who were responsible for the tent pegs! Num 3:26, 3;31, 4:36.  “And everything related to their use.”  Each clan had a specific job which included this in its job description.

Prayer: O LORD, may I fully realize my assignment, and recognize the significance of what duty You O LORD, have given me.  I am not assigned to carry the Ark of the Testimony, Bread of the Presence, Altar or Lampstand—but, whatever you assign me (ropes, tent pegs or whatever) may I be faithful and honored to carry out that responsibility to the fullest of my ability.  May I use the strength and skill which You have given me.