“Now the Lord is the Spirit, and where the Spirit of the Lord is, there is freedom. And we all, who with unveiled faces contemplate the Lord’s glory, are being transformed into his image with ever-increasing glory, which comes from the Lord, who is the Spirit.” 2 Cor 3:17-18

Facing Freedom was an amazing event! The night began with a game of Let’s Make A Deal. This crew faced freedom by just dressing up like this! 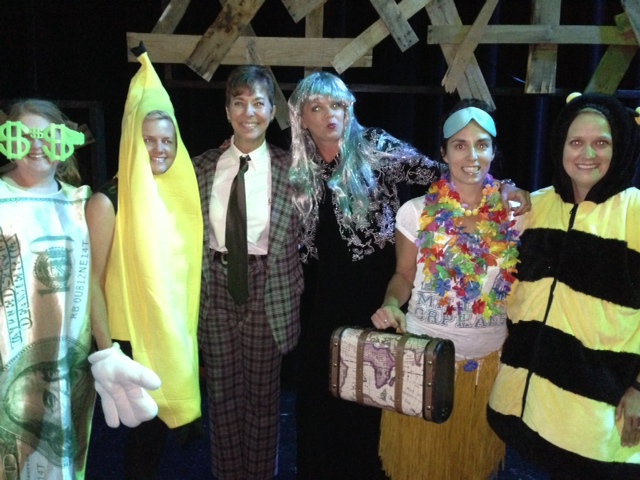 Over 1,000 women gathered to discuss topics that we all struggle with. We took a texting poll of the women in the audience and here are the struggles in order that women deal with from greatest to least: 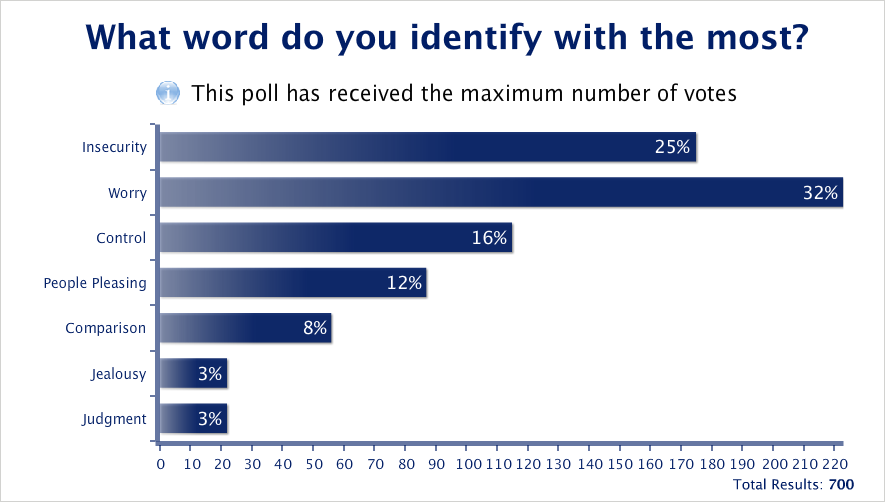 Is that not interesting and telling! The poll maxed out at 700 so these are the percentages from 700 women in the room. I grinned because judgment and jealousy were at the bottom of the list. I’m judging right now, but I think there are a lot more of us that struggle with these two things than are willing to admit. Maybe you don’t, but I do! Thank goodness God has set me free from the bondage that I had in both of these areas many years ago.

We had a panel of nine women from age 16 to 69. I’ll not mention names!! Each of these ladies was open and transparent as they talked about issues they had dealt with or currently deal with. Had I been a spectator, I would have thought that conversation had been scripted. However, I was on the backside and can tell you that it was not!

God brought these women together, most of them strangers to one another. He formed this unusual bond and wove a beautiful tapestry as they sat before 1,000 women, on a stage, and shared their struggles. Talk about uncomfortable!

We laughed together and cried together. But we also faced freedom together! What an impact I believe we can make in the kingdom as women who have locked arms and stand shoulder to shoulder to encourage one another rather than judge each other. We can be a mighty army as we say, “NO” to satan’s lies and “YES” to freedom in Christ.

That event was just the beginning! I’ve heard so many comments that I know God is working. I believe momentum is building toward Momentum 2014: Forging Freedom! Our guest speaker will be Christine Caine who is an author, speaker and founder of A21 Campaign to help free those captive through sex trafficking. (The date is Feb 16 if you want to go ahead and mark your calendar!)

If you want to receive updates leading up to Momentum, text WOMEN to 411247.

“It is for freedom that Christ has set us free. Stand firm, then, and do not let yourselves be burdened again by a yoke of slavery.” Gal 5:1

Let’s do this thing!