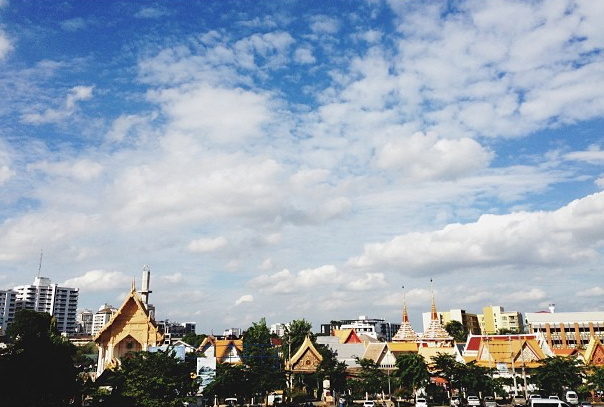 I am writing this from the other side of the world in a place that seems so dark and evil. My eyes have seen things and my ears have heard things that have wrecked me for sure-things that are being done to girls and women who are innocent victims. This is a place where few have even heard the name of Jesus much less the good news of the gospel.

However, in the midst of this sprawling city there are glimmers of light and hope. Jesus’ light and love always shines brightest in the darkness. 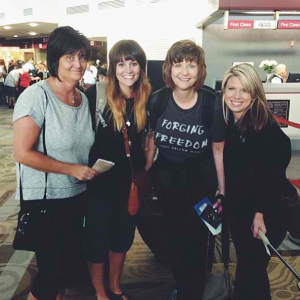 Jessica Manuel, Ashley George, Cathy Searcy and I embarked on this journey early Friday morning from BNA. Thirty two hours later we landed in Thailand. It was late at night, and we were extremely tired. We got off the plane and found out that none of our luggage had arrived with us! Oh well, it’s just a small hitch! We got to our hotel around 1:00AM and were thankful to get rest. On Sunday, our friend Nancy Haney, who now lives in Vietnam, joined our team.

Sunday morning we met with a lady named Bonita who endeared herself to us immediately. She and her husband have been ministering here since 2004, just a couple of months after she retired from a 36 yr career as a teacher and principal. 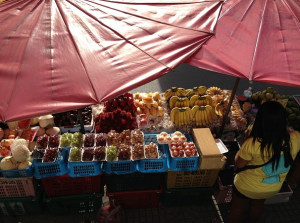 Since coming to Thailand, Bonita’s ministry has been to girls who they have helped rescue from sex slavery. Most of these girls came to Bangkok from northern Thailand where they were poor. In this culture, women are the financial providers, and girls from poor families are sent to big cities like Bangkok to find work in factories. The girls arrive here on their own, sometimes as young as 13 to find work and a place to live. That is almost inconceivable to us. However it happens here by the thousands. As a matter of fact, we were told that there are 10,000 girls in the two block radius of our hotel.  When they can’t get enough money from working in factories, someone lures them into the sex industry by promising them money.

Just like that they are bought and sold nightly to men who use and abuse them. Looking in the eyes of the young women on the streets you see hopelessness. It really is overwhelming and lots to process.

However, you meet the young women who are in Bonita’s home and you hear stories of girls who now have hope because they were brought  to this home and loved in the name of Jesus.

When Bonita interviews a girl about coming to live in the home, she unapologetically tells them that the spiritual path they follow is Jesus and that He wrote a guidebook that they will use called the Bible. Out of the 12 girls now living in the home, 9 of them have become followers of Christ! Light is shining in the darkness because Jesus has changed their lives. Since this ministry began, they have seen 44 girls go from death to life in Christ! What a praise! 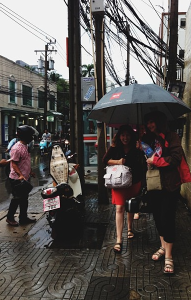 I’m thankful that in the midst of darkness, there is hope. What an opportunity we have at Long Hollow to help push back the darkness! Lets stay the course and remember as Brother David said yesterday, we will never take advantage of a God-given opportunity without experiencing victory!