God is faithful!  Read that statement one more time and really let it sink in….God IS faithful!

Do you believe that?  By definition, that means He is true to His Word and will keep all of His promises; He is reliable, trustworthy, and 100% dependable…even if we are not.  Before you begin your morning, take some time to read Psalm 105:5-8 and think about what it’s saying.  As verse 8 says, God remembers His covenant forever, even when His people forget.  That one statement is going to play a big part in today’s Scripture, as we look and see just how far God is willing to go to redeem His children.  Take some time to pray, focus, and get your heart right before God…then keep reading.

“Remember the wonders He has done, His miracles, and the judgments He pronounced…He is the Lord our God; His judgments are in all the earth.  He remembers His covenant forever, the word he commanded, for a thousand generations, the covenant He made with Abraham, the oath He swore to Isaac.”  (Psalm 105:5-8)

I’m extremely excited about today’s study, because we get to do the thing I love best…go back to the Torah!  The Torah, or the Book of the Law, consists of the first five books of the Old Testament, given to Moses by God.  It tells the great story of the call of God’s people, their deliverance, God’s redemption, and the covenant He made for generations to come.  Let’s read our main passage of Scripture for today from Hosea 2:8-9.

“She has not acknowledged that I was the one who gave her the grain, the new wine and oil, who lavished on her the silver and gold-which they used for Baal.  Therefore I will take away my grain when it ripens, and my new wine when it is ready.  I will take back my wool and my linen…no one will take her out of my hands.” (Hosea 2:8-9) 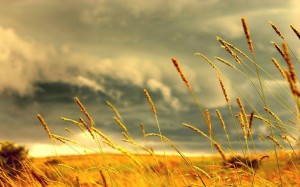 The interesting thing about the book of Hosea, is that the characters in it are symbolic of God’s relationship to Israel.  In this passage, God is essentially saying that Israel had failed to acknowledge His blessings.  Look back at the last part of verse 9.  What is God’s response? What does that say about the God that we serve?

Now the people living in the Northern Kingdom during Hosea’s time were very prosperous.  On the plus side, they had strong kings, a lot of money, luxuries, and plenty of livestock; the down side was that they were self-sufficient, proud, and had forgotten God.  They attributed all of their wealth to other “gods” and began worshiping them.  Now we all understand that worshiping other gods is bad, but the fact that they said the other gods gave them their grain, wine, and oil is even worse!  Why?…Let’s read a passage from the book of Deuteronomy and see:

“Know therefore that the LORD your God is God; he is the faithful God, keeping his covenant of love to a thousand generations of those who love him and keep his commandments… If you pay attention to these laws and are careful to follow them, then the LORD your God will keep his covenant of love with you, as he swore to your ancestors. He will love you and bless you and increase your numbers. He will bless the fruit of your womb, the crops of your land—your grain, new wine and olive oil—the calves of your herds and the lambs of your flocks in the land he swore to your ancestors to give you.” (Deuteronomy 7:9; 12-13)

*Gasp* and wow!  God told the people hundreds of years before that if they followed Him, He would bless them and give them grain, new wine, and oil.  Years later, when they had the grain, wine, and oil, they attributed it to their own self-sufficiency, hard work, and prayer towards other “gods.”  They even took their gold and silver and made idols from it-something else God told them specifically NOT to do.  What a terrible thing to do, right?…but think about it, don’t we do the same thing?  Have you ever received a gift, talent, or blessing from God, only to turn around and thank yourself for being so awesome?  I know I have.  Have you ever used your gifts, talents, time, or money to do things that idolize other “gods?”  I think we tend to believe that our “gods” aren’t that bad, since they’re not made of wood, gold, silver, or stone.  Truth be told, the ones made of money, fashion, popularity, pride, and other people are possibly worse.

In Hosea 2:10, God makes the statement that, “no one will take [My people] out of my hands.”  God’s desire for your life is that you commit to Him only.  The other “gods” have no power…they are simply idols made by human hands.  He loves you so much and desires to have all of you- your time, gifts, talents, abilities, etc.  Think about that this week, and remember to thank God for the many ways that He has blessed you